Warning: count(): Parameter must be an array or an object that implements Countable in /homepages/45/d96662078/htdocs/clickandbuilds/TheBackseatDriverReviews/wp-includes/post-template.php on line 316
↓
Home→Comedy→Weekend Movies: Five Reasons to Watch The Holiday

I’m the first to admit that rom-coms are not my strong point. However, I’ll make an exception for 2006’s The Holiday. It’s love in the Air BNB age: two women, Iris (Kate Winslet) and Amanda (Cameron Diaz) try to get away from heartbreak during the holiday season by swapping houses. Along they way, they each find love and valuable life lessons at the most wonderful time of the year. It’s a nice break from some of the doom and gloom I usually inflict upon you. Here five more reasons to watch it this weekend. 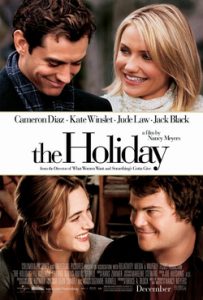 As much as I don’t want to like Cameron Diaz at times, damned if I don’t love me some Diaz. Even when her character isn’t terribly likable, I still like her. Her Amanda is a breath of fresh air in the rom-com game: she’s a driven career woman who wants to stay at the top of her game, but at the same time, she’s not a robot. Those women are typically the bad guys in these movies, because they go against the grain of what society tells us to want: marriage, babies, a house with a white picket fence that we meticulously maintain whilst hubby works. Historically, those characters are the villains out the steal the man or upend a loving parent/child relationship. Yet she’s the hero, and that’s a nice representation to have. Likewise, Winslet’s Iris is a total sweetheart, but she’s not perfect – she makes boneheaded mistakes and wallows in self pity, and that’s what makes her so great. These women aren’t one-note: no one has a one-track mind. They’ve got interests and careers and relationships that are more than the usual one-dimensional “have it all yet yearning for love” angle. I think that’s why this film works so well: the characters aren’t characters, they’re actual people.

#2 – Rufus Sewell is a douche canoe in this film

I’m sure that Mr. Sewell is a lovely, lovely human being who loves kittens, puppies and small children, but DAMN if he can’t nail the part of smarmy dick so well. I love that version of Rufus, despite that he’s spoken openly about type casting. I don’t blame him there, but fuck, Rufus, you have such a goddamned gift when it comes to playing charming assholes we love to hate. His Jasper keeps Winslet’s Iris on the hook, and we want to boo and hiss at the screen with reckless abandon. That’s a good actor that can elicit a reaction like that. Don’t ever change, dude. 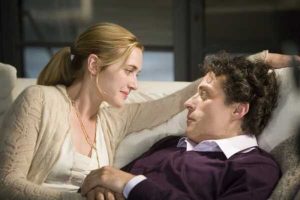 #3 – Remembering those who came before us

Well, well, well. Looks like even the elderly get appreciation here. Eli Wallach gets some love in this film as Arthur, an aged screenwriter who forms a friendship with Iris during her stay in America. It’s an honest friendship that forms, and one that doesn’t pity the old man or turn lecherous. This is a woman who genuinely loves hearing about a fascinating person that others write off due to his age. That’s actually a nice message in a big rom-com. So often, the old man is the outrageous, racist coot that’s trying to score with the woman young enough to be his granddaughter. This depiction is a great reminder that friends are waiting for you from all walks of life – you just have to open your eyes and see them.

#4 – A look at bad relationships

This is something I like so much. In addition to the Iris/Jasper debacle, we also get a look at Miles (Jack Black), a man who is stuck in a toxic cycle with a beautiful actress. I liked that we got to see the same dynamic that Iris has with Jasper in a gender flip: the constant waiting around, the longing, the hope that the other person will realize how good you are. It’s painful to watch, but it opens up the question to the audience of how many of us are in relationships like that. I think more people could use this type of self-examination – I’ve known a few people that are stuck in the same shoes as Miles, thinking that they can’t possibly request any better treatment than what they’re given because of fill-in-the-blank-personal-attribute. 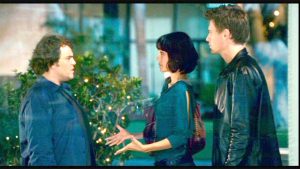 There’s nothing more powerful than saying, “I deserve better.” Without giving anything away, watch this film if only for this message. I like that it’s not a person driving change – it’s about self love. It’s about wanting a better life because YOU think that you’re worth that. That’s pretty special.

The Holiday is available on both Hulu and Amazon.