Warning: count(): Parameter must be an array or an object that implements Countable in /homepages/45/d96662078/htdocs/clickandbuilds/TheBackseatDriverReviews/wp-includes/post-template.php on line 316
↓
Home→Drama→Weekend Movies: Five Reasons to Watch The Machinist

I was talking with my friend Cate the other night about The Machinist over dinner. The 2004 film concerns Trevor (Christian Bale), a machinist who begins to doubt his sanity whilst playing a game of cat and mouse with a mysterious tormentor. It’s a damn good film and it’s been forever since I watched it, and if you haven’t seen it in a while – or at all – then you should watch it too. Here are five reasons to watch it this coming weekend. 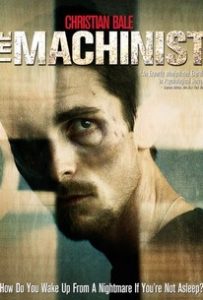 #1 – You will ache the first time you see Christian Bale

The first time seeing Bale hurts. It will physically hurt you. It doesn’t help that he swivels his entire midsection so that you can get a good look at his pelvic bones and ribcage. There is no amount of time that can prepare you for that sight. It’s powerful, and marks one of those moments where you completely lose the notion of an actor playing a role. In that moment, you only see a painfully thin man. The experience is rare.

#2 – No really, his transformation was insane

Some perspective: people were used to seeing hot Bale at the point it came out. This was the first of his major transformations. He went from playing Patrick Bateman in 2000’s American Psycho to this. He went from 182 pounds to 120. That may not seem like a lot, but 62 pounds is a pretty good chunk of weight, and over the course of four months, that’s a lot of weight to drop. If you’re not a numbers person, then go check out a picture of Bale in American Psycho and then flip back to this film. Even more wild: he then packed the weight back on – in muscle form – to play Batman in Batman Begins. With those kinds of transformations, I pity that man’s internal organs so hard. 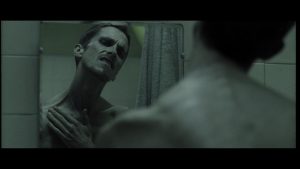 If he’s not eating, I will eat for him.

Does that name sound familiar? It should. Anderson directed the cult favorite Session 9. He’s also done several episodes of Fringe, the Masters of Horror episode “Sounds Like,” and Stonehearst Asylum. He’s known for a darker shadow cast over his settings, a bit like how Anthony DiBlasi does. Anderson has a good sense of tension and shadow, which plays well to this film. You can see why people regard this one highly.

#4 – The dangers of insomnia

Ever wonder what insomnia does to you? It messes with you far beyond your sense of sleep. Not only does it throw off your entire body clock, but it can mess with your sense of smell, your appetite, even depression. And that’s the lighter side of things. If it goes on further, you could be looking at things like heart disease, heartburn and thyroid problems. It’s not just all feeling tired. Taking that into consideration, this film deals with the psychological stress of insomnia. When thinking about what’s going on in this film, think about the larger problems the body encounters when it’s denied sleep. It’ll give you pause. 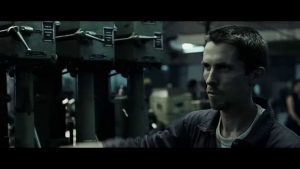 Warning: do not operate heavy machinery under sleep deprivation.

The best reason to watch this film: it will keep you on your toes. You will keep guessing about the ending, and you will look for little clues. It’s an absorbing tale, and it will have you formulating theories with each passing post it note. Oh yes, there are post it notes. It’ll really leave you wondering too. You will either think you’re having fun or be left terrified. A good time either way.

The Machinist is currently streaming on Amazon.