So some of you may have noticed that there’s been a name change. Long story short: after what feels like forever, my divorce finalized, and I’m back to my former name. I’m far happier and healthier now, and in a much, much better place. Life’s been pretty magical lately. 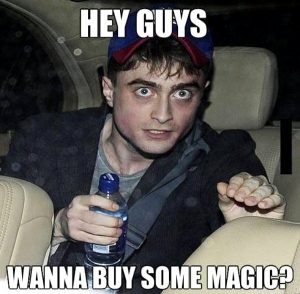 Speaking of magical, we’re keeping the magic alive and rolling this week. Part of that includes taking a look at the film Tag (2015), which some find completely bonkers. I’ve noticed a sharp gender divide in reactions to the film, so that’s getting explored this week. After that, we’re going to recommend National Treasure (2004), because NICOLAS CAGE. Saturday even has the special treat of a new installment of Hail to the King. It’s going to be firework worthy.