Warning: count(): Parameter must be an array or an object that implements Countable in /homepages/45/d96662078/htdocs/clickandbuilds/TheBackseatDriverReviews/wp-includes/post-template.php on line 316
↓
Home→Uncategorized→Coming This Week, Plus Scared Sacred and Vacation

Oh, the past week has contained a bit of everything. 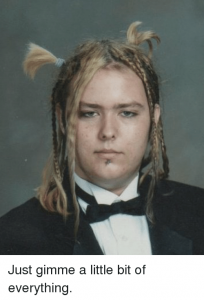 This week, we’re steering into the skid of delightful chaos.  Wednesday will see an analysis on femininity in Brotherhood of the Wolf (2001). Thursday will see a recommendation for The Sixth Sense (1999). A bit here and there, but both films have a fall feel. Some people have pumpkin spice – I have scary movies. To each their own.

This past week also saw the beginning of the crowdfunding campaign to Scared Sacred: Idolatry, Religion and Worship in the Horror Film, which I co-edited with Rebecca Booth and RF Todd. The book was recently announced to have a foreward by Doug Bradley (Hellraiser), and will contain chapters from yours truly, Andrea Subissati, Alexandrea West, Frazer Lee, Rececca Booth, Amanda Reyes and more. You can learn more about the campaign here.

Last but not least… this is the last post for about a week. That’s right, I’m going on vacation! I’ll be off next week, but back on the 26th with more fun as we gear up for Halloween. See you on the other side, Ray.