Warning: count(): Parameter must be an array or an object that implements Countable in /homepages/45/d96662078/htdocs/clickandbuilds/TheBackseatDriverReviews/wp-includes/post-template.php on line 316
↓
Home→Weekend Movies→Weekend Movies: Five Reasons to Watch Maps to the Stars

After looking at Mulholland Drive, why the hell not recommend something from Cronenberg? It’s a bit like being a glutton for punishment in this respect. I’ll be frank: Maps to the Stars may not be for everyone. Some find it off-putting, as though it’s got way too much going on. Really, there’s a lot there: Hollywood superficiality, scathing satire, ghost story, insane soap opera. It gets out there, but I found it to be fun. If you’re feeling adventurous, here are five reasons to watch it this weekend.

Here’s a challenge for you: create a top 10 list for David Cronenberg that lacks a body horror film. Okay, fine, make it a top five list. You get my point though, right? Cronenberg likes to do stuff with the body, using it to explore everything from technological advances to identity. This one is pretty much all mental and verbal. We get to see the ugliness of each character. It’s nice to see what he can do outside of his trademark gore. Reminds you of how great he is.

#2 – The cesspool of Hollywood

This is a film set in the midst of the great Hollywood machine. It’s not a pleasant sight on the inside: we’ve got rampant egos, neuroses, and mental illness galore. Between an aging actress that wants a smash hit, an off-the-rails child actor that can’t keep it together long enough for a comeback, and the stage mother from hell, it’s enough to scare you off of Hollyweird. There really isn’t anyone you’re rooting for in this film – you’re more so a fly on the wall, which adds to the impact. 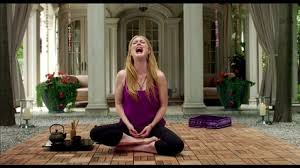 Scream it out, Julianne.

#3 – There’s a ghost… or a hallucination

There are actually a few. Boy are these doozies. You get to see multiple people working through their own issues through familiar faces that have died. It’s probably not accurate to call them ghosts: they’re more so manifestations of lurking fears rather than something supernatural. Still, it’s a take on a different definition of a ghost: the thing from the past that haunts us, that we can’t quite make amends with in order to move forward. Sometimes, you get to look at the past, give it a hug and move on. No such luck here, which rings sadly true in some instances of life.

Between dead parents, cold parents, self-obsessed parents, rejecting parents, and parental surrogates, this film plows its way through different types of parental issues. There’s not a lot of positivity there, either (are we starting to notice a trend here?). That’s not a bad truth to examine, either: sometimes, the people from which we come aren’t exactly something to write home about. It makes for good entertainment, but it also paints a truth that’s not terribly comfortable: sometimes, people get duds in the parent department. It’s how you process it that determines how healthy you are. 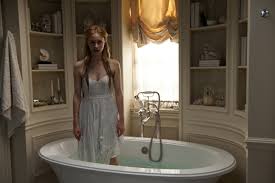 John Cusack’s character is distant and so far up his own ass in this film. Julianne Moore is an aging actress that’s haunted simultaneously by her dead mother and own need to be the center of attention. Mia Wasikowska is great in everything, and her turn as a scarred young woman is not different. Olivia Williams can nail ice cold bitchiness with alarming accuracy. Even Robert Pattinson – whom I still refer to as Sparkles – turns in a good performance here. These actors are totally juicy in their roles, to the point where you don’t feel like you’re watching actors. That’s the sign of good work.

Again, this isn’t for everyone. You can rent it on Amazon, but I completely understand if you want to sit this weekend’s recommendation out.